The distinctions between Old World wines and New World wines are commonly misunderstood. Many people throw these terms around broadly, saying they prefer Old to New or New to Old without really knowing what the difference is between the two styles, or what makes a wine truly Old World or New World. At Vannatta Wine we utilize traditional, Old World methods of winemaking while embracing our New World wine flavor profiles. We’re going to break down what each term means so you can better understand and use them.

When someone uses the term Old World they are referring to wines made in countries or regions where winemaking (with Vitis vinifera grapes) first originated Most of the countries that are Old World are European and include: France, Spain, Italy, Germany, Portugal, Austria, Greece, Lebanon, Israel, Croatia, Georgia, Romania, Hungary and Switzerland.

Characteristically, wines from the Old World tend to be lighter-bodied, more restrained, and lower in alcohol, though this is very much a generalization and not always true. The main trait all Old World wine countries have in common is that their wine making is heavily restricted, with guidelines all wineries must follow. Each country and region of that country in the Old World has been making wine a certain way for centuries, and current winemakers are held to those old standards. Many times the reason a person says they prefer Old World wine is simply because there is a heritage behind the wine they are drinking. As wine drinkers, it is romantic to realize the wine in our glass has been made the same way for centuries.

New World wines are from countries or regions where winemaking (and Vitis vinifera grapes) were imported during and after the age of exploration. They have hotter climates, which, generally speaking, causes wines from the New World to be fuller bodied with bolder fruit flavors. They also tend to be higher in alcohol. New World countries include: the U.S., New Zealand, Argentina, Chile, Australia and South Africa.

Wines and the winemakers in the New World embody the entrepreneurial spirit you would expect from descendants of immigrants that struck out searching for a new and better life in another place. In these regions the winemaking practices vary dramatically, and there is much experimentation. Many are industrialized and strict traditions and regulations do not govern winemaking as much as in the Old World. Wines are often described as tasting riper, having higher alcohol, having less acidity, and tasting more fruity

Inspired by wines of Bordeaux and Rhone, at Vannatta Wine, we produce our wine utilizing Old World, non-interventionist, methods of winemaking. Given our New World terrior, our wines flavor profiles are distinctly bigger, bolder and fruitier than their European counterparts. In a synthesis of past and present, we have taken pre-industrial techniques and applied them, with New World liberty, to our"inspired' blends' and single varietals.

Women of the Vine

Tips for Making a Memorable Charcuterie Board 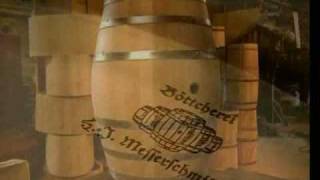 Cooperage: the Art of barrel making